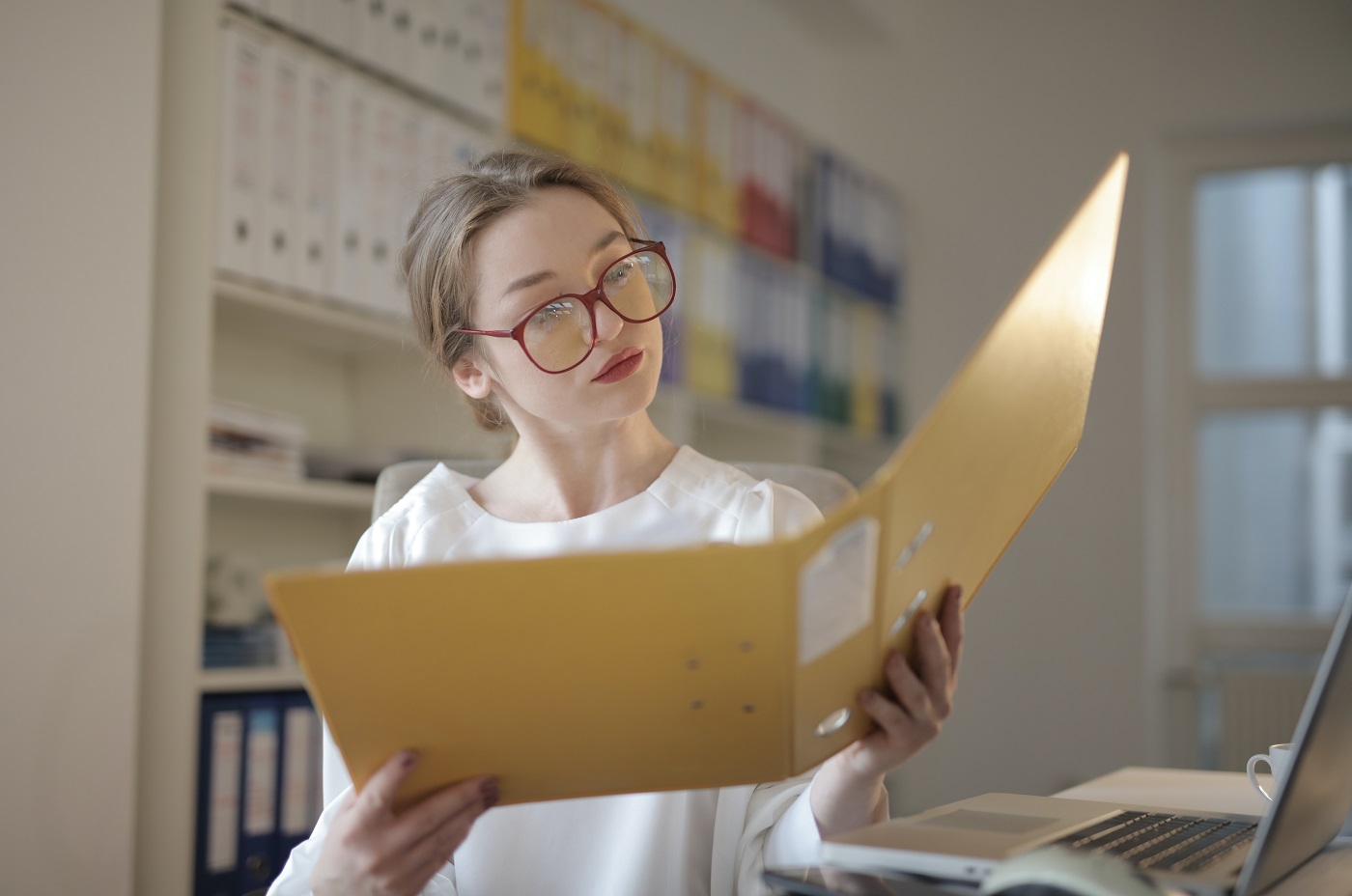 Litigating against a community’s developer over construction defects and other issues is a long, slow and expensive process.  An average transition lawsuit can take between five (5) and seven (7) years to reach conclusion.  As if the glacial pace were not bad enough, if an association pays for its transition litigation “out of pocket”, attorney fees could cost $750,000 or more, even if the matter does not reach trial.  In addition to engaging an attorney, associations must hire forensic engineers, and often forensic accountants to substantiate their claims against the developer and numerous sub-contractors.  The cost of those forensic services can easily add another $200,000 to $600,000 to the cost of the litigation.  Therefore, the total average cost of transition litigation can easily range from $750,000 to more than $1,000,000.  In certain cases, the total cost of the litigation can substantially exceed $1,000,000.

Few associations can afford to spend such substantial sums on litigation, especially when recovery is not guaranteed.  Even those associations that could amass sufficient funds from the membership, to pay those costs, may prefer not to because increased assessments may be unpopular with the members.  Whatever the reason, over the last decade, contingent fee agreements have become a more popular option for transition litigation.

Most people have little to no actual experience entering into contingent fee agreements with attorneys. Instead, most people’s only familiarity with contingent fee agreements comes from movies and television where lawyers always seem to get paid a third (1/3) of whatever they recover for the plaintiff.  Unlike television, however, in New Jersey the Supreme Court adopted very specific rules and limits for how much an attorney may charge as a contingent fee for the majority of claims an association would pursue against a developer, and its sub-contractors.  Those rules are found in Court Rule 1:21-7.

As explained in Court Rule 1:21-7(c), in any matter where the association’s claims for damages are based upon the alleged “tortious conduct” of another (tortious conduct generally means civil wrongful acts, or an infringement of rights, that arise out of something other than a contractual agreement), a contingent fee arrangement may not exceed the limits set forth in the Rule.  The Rule lays out a five-tiered framework for calculating the contingent fee, where each tier establishes a ceiling on the percentage of the recovery the lawyer can charge the client as a contingent fee.

Under a tort-based contingent fee arrangement, the Association’s attorney may only collect:

It is also important to remember that, pursuant to Court Rule 1:21-7(d), the contingent fee is computed on the net sum recovered after deducting all disbursements in connection with the litigation, regardless of whether those disbursements were advanced by the attorney or by the client.  These disbursements include investigation expenses, expenses for expert or other testimony or evidence, and any interest included in the judgment pursuant to certain Court Rules.

An example of how to calculate a contingent fee for a hypothetical transition litigation should help put the application of these concepts and rules into context.

Association entered into a contingent fee agreement with Lawyer to sue Developer.  The contingent fee agreement was written in accordance with the limits set forth in Court Rule 1:21-7.  Association succeeds in its case and wins a $3,000,000 judgment against Developer.  Association paid a total of $500,000 to cover various disbursements spent in furtherance of the Association’s successful litigation.  Developer immediately pays the $3,000,000 into Lawyer’s attorney trust account satisfying the Association’s judgment in full.

Question:        How much does Association owe Lawyer pursuant to the contingent fee agreement?

It is important to understand the limits the Supreme Court placed on the calculation of contingent fees because it can dramatically affect how much an association pays for these legal services.  For example, in the scenario described above, if the fee agreement simply provided that Lawyer would receive one-third (1/3) of the gross sum recovered ($3,000,000) Association would owe Lawyer a $1,000,000 contingent fee.  Not only would Association’s fee agreement violate Court Rule 1:21-7, the improper fee agreement would also result in Association overpaying Lawyer $287,500 for this litigation ($1,000,000 – $712,500 = $287,500).

These examples demonstrate how easy it is for an association to overpay for legal services under a contingent fee agreement if the board of trustees does not take precautions to ensure the agreement complies with Court Rule 1:21-7.  The overpayment can potentially skyrocket in instances where the net sum recovered exceeds $3,000,000.   Furthermore, even if the agreement itself complies with the Court Rule, board members should also be vigilant to ensure that any contingent fee the association ultimately pays to the lawyer is calculated in compliance with Court Rule 1:21-7.

How can a board of trustees reduce the possibility the association is overcharged under a contingent fee agreement?

An independent attorney could review the contingent fee agreement for compliance with Court Rule 1:21-7.  As explained above, the Court Rule provides a very simple tiered framework for the calculation of contingent fees.  An independent counsel should have little difficulty determining whether the agreement the association is considering entering into, or already entered into, complies with the Court Rule.

An association may benefit from having an independent counsel review the contingent fee payment at the conclusion of the litigation regardless of whether the association had independent counsel initially evaluate the agreement.  Court Rule 1:21-7 is very clear, “an attorney shall not contract for, charge, or collect a contingent fee in excess of the following limits.”  In light of this language, even if the Association voluntarily enters into a contingent fee agreement that does not comply with the Rule, the attorney is expressly prohibited from charging or collecting a contingent fee from the Association that is calculated in a manner that does not comply with the methodology established by Court Rule 1:21-7.

The information in this article is provided solely for information purposes. It should not be construed as legal advice on any specific matter and is not intended to create an attorney-client relationship. The information provided herein may not be applicable in all situations and should not be acted upon without specific legal advice based upon particular circumstances.  Each legal matter is unique, and prior results do not guarantee a similar outcome. Embarking on projects that are so costly that the association is required to finance the project through a bank loan.  The first mechanism limits the association’s “power to spend.”  In these instances a provision is included within the governing documents limiting the association’s ability to spend, more than a predetermined sum, on any given project without first securing approval from a specific percentage of the community’s membership.  These provisions provide the membership an opportunity to pass upon what the governing documents classify as “large” projects before the board obtains the authority to spend those funds.  These provisions also protect the membership against being compelled to pay for a large project unless a sufficient percentage of the community agrees that that the project is necessary.

The second mechanism that may be included within an association’s governing documents limits the association’s “power to borrow” in order to fund a specific project. In these instances a provision is included within the governing documents limiting the association’s ability to borrow more than a predetermined sum without first securing approval from a specific percentage of the community’s membership.  These provisions provide the membership the opportunity to pass upon whether the association should be permitted to borrow funds to complete what the governing documents classify as “large” projects before the board obtains the authority to borrow those funds.  These provisions also protect the membership against being compelled to repay loans for large projects unless a sufficient percentage of the community agrees that that the project is necessary.

Although your governing documents may not include both provisions, if either provision is present, the association’s board of trustees should be cautious about attempting to secure a bank loan to finance a large project without first securing the membership’s approval.  In an Unpublished Opinion issued on January 22, 2013 in Claridge House One Condominium Association, Inc. v. Claridge House Owners for Justice, et al., 2013 N.J. Super. Unpub. LEXIS 135 (App. Div. 2013) the Appellate Division of the New Jersey Superior Court affirmed the trial court’s decision limiting the association’s power to borrow money unless it first obtained the membership’s approval to spend the money on the project for which the funds were borrowed. This “Unpublished Opinion” is not officially binding on any courts throughout the state.  However, it should provide board members insight in what it likely to happen should their association fail to heed its warning.